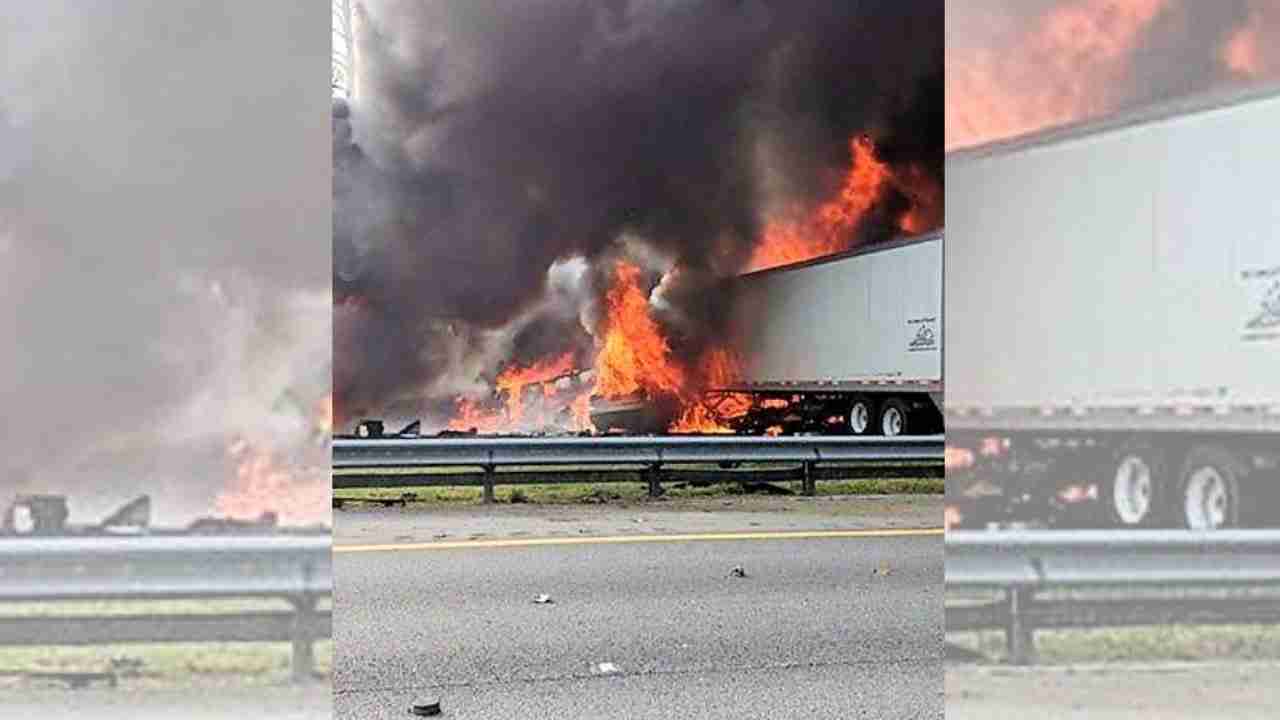 A truck hauling mail for the U.S. Postal Service crashed Tuesday afternoon on southbound Interstate 75 in Sumter County, claiming the life of the driver and leaving mail smoldering for hours in the ensuing blaze.

A 44-year-old Jacksonville man was driving the International tractor trailer truck at 2:20 p.m. Tuesday on I-75 near Mile Marker 316 when he failed to slow for traffic which had come to a crawl due to an earlier accident that claimed the life of a truck driver from Georgia.

The International truck, which was hauling mail, crashed into a 2002 Chevy Trailblazer driven by a 25-year-old Bushnell woman, according to an accident report from the Florida Highway Patrol. The Trailblazer was pushed into a tractor trailer truck driven by a 43-year-old Debary man. The truck hauling mail went on to crash into a 2020 Freightliner standard box tractor-trailer hauling metal pipes, driven by a 36-year-old Monroeville, Ala. man

The man driving the mail truck died at the scene of the crash where portions of the mail caught fire and continued to smolder for an extended period of time, the FHP said in its report.