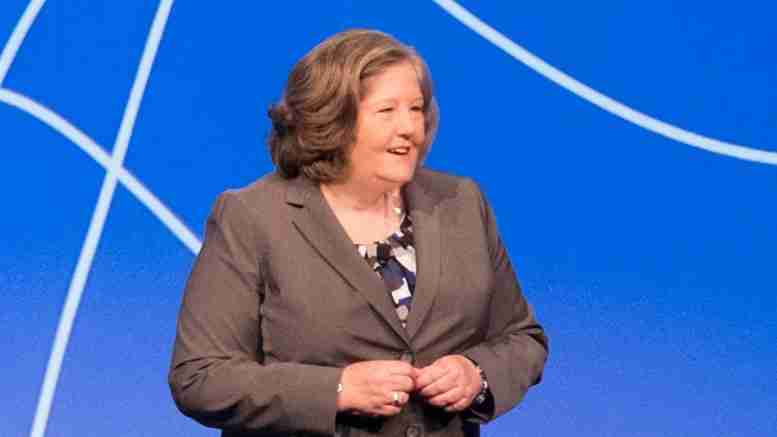 Postmaster General Megan J. Brennan will retire June 12, concluding a five-year tenure marked by significant improvements to the quality and range of the delivery services that USPS provides to the American public.

Brennan, the 74th Postmaster General and the first woman to serve in the role, focused sharply on serving customers and leveraging the talents of the Postal Service’s 633,000 employees — strategies that allowed the organization to drive commerce, bind the nation and continue its 244-year tradition of delivering to every address.

“As Postmaster General, Megan Brennan has been an inspiration to her colleagues in the Postal Service. Her leadership skills helped guide the institution through exceptionally challenging circumstances, and her vision helped speed the pace of innovation and deliver process improvements throughout the organization,” said Robert M. “Mike” Duncan, chairman of the USPS Board of Governors.

With Brennan at the helm, the Postal Service’s annual revenue grew from $68 billion in 2015 to $71 billion in 2019. Reflecting the growth in online shopping, annual shipping and packages revenue grew 51.3 percent during the same period, reaching $22.8 billion, while volume grew by 35.8 percent to 6 billion packages a year.

Under Brennan’s leadership, USPS leveraged technology and data to enhance customers’ experiences, improve service and power the business. Throughout her tenure, the organization consistently topped public opinion polls, including a Pew Research Center survey last fall that found more Americans trust the Postal Service than any other government agency, and a Harris poll this month that ranked USPS first in the nation in its response to the coronavirus pandemic.

Brennan guided the organization through the introduction of several innovations, including Informed Delivery, a free feature that allows almost 27 million consumers to digitally preview their incoming mail, as well as Informed Visibility, a platform that allows businesses to use USPS data to better manage their marketing campaigns. The Postal Service also established Customer Experience, a group within the organization that drives customer-centric strategies and initiatives.

Other achievements focused on the USPS workforce, including safety improvements; expanded professional development offerings such as Analytics University; and the introduction of HERO, an online portal that offers improved access to training and career development resources.

Brennan also navigated a changing public policy landscape as the volume of mail continually declined amid the growth in online communications. She and her executive team testified eight times before Congress on a variety of issues, including postal reform legislation and combatting illegal drugs in the mail.

Additionally, Brennan worked with the administration and the U.S. Department of State to negotiate fair rates for the international shipping of mail and packages, which allowed USPS to remain in the Universal Postal Union. Under her leadership, the Postal Service also worked with law enforcement to improve the process to detect illicit drugs in international inbound packages.

Other achievements included leading the Postal Service’s response to natural disasters, including hurricanes, tornadoes and wildfires. USPS also received an outpouring of public support during the coronavirus pandemic, when the organization continued normal operations, including delivering medicine and other supplies to homebound customers.

Brennan, who announced her retirement last fall, began her career as a letter carrier in Lancaster, PA, in 1986. She later served as vice president of both Eastern Area and Northeast Area and chief operating officer before becoming Postmaster General in 2015.

“Every day, in every community, the Postal Service demonstrates its value, earns the trust of the public, enables commerce, connects people to each other, strengthens the ties that bind the nation together, and exhibits the spirit and mission of service, just as we have throughout our storied history. These enduring qualities give me confidence in the future, and great pride to have shared a career with the men and women of the Postal Service,” Brennan wrote in her farewell message to employees this week.

“To each of you I offer my abiding admiration and deepest thanks.”

History will look back on her tenure as PMG as an abject failure….she couldn’t even submit a five year business plan….guess she slept through those classes at MIT!!! …just another inbred clown stuffed suit who ran the place in the ground….you won’t have to worry about her getting a gig in the private sector or sitting on a board…. she’s a laughing stock in those circles…. first thing Dejoy should do is pull those
tv commercials with that hag’s voice… interesting to see what the new PMG does…. he’ll be the first with a business background since Carvin Marvin.