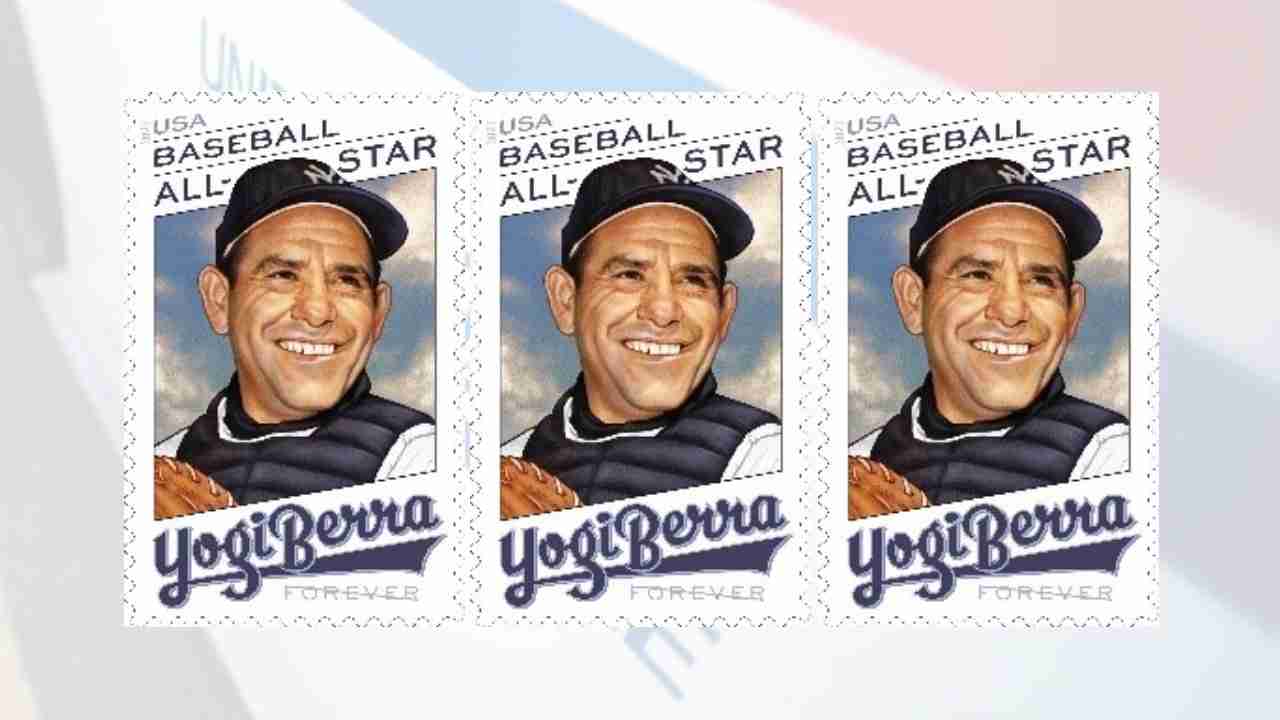 USPS will release its stamp honoring Yogi Berra, one of the best catchers and overall players in Major League Baseball (MLB), on Thursday, June 24.

Berra (1925-2015) won three American League Most Valuable Player awards and was an 18-time MLB All-Star during his career.

Beloved by baseball fans, he won a record 10 World Series with the New York Yankees and was inducted into the National Baseball Hall of Fame.

Berra, considered one of the best catchers in the American League in the 1950s, was also a powerful hitter.

The Forever stamp will be available in panes of 20 at Post Offices and usps.com.