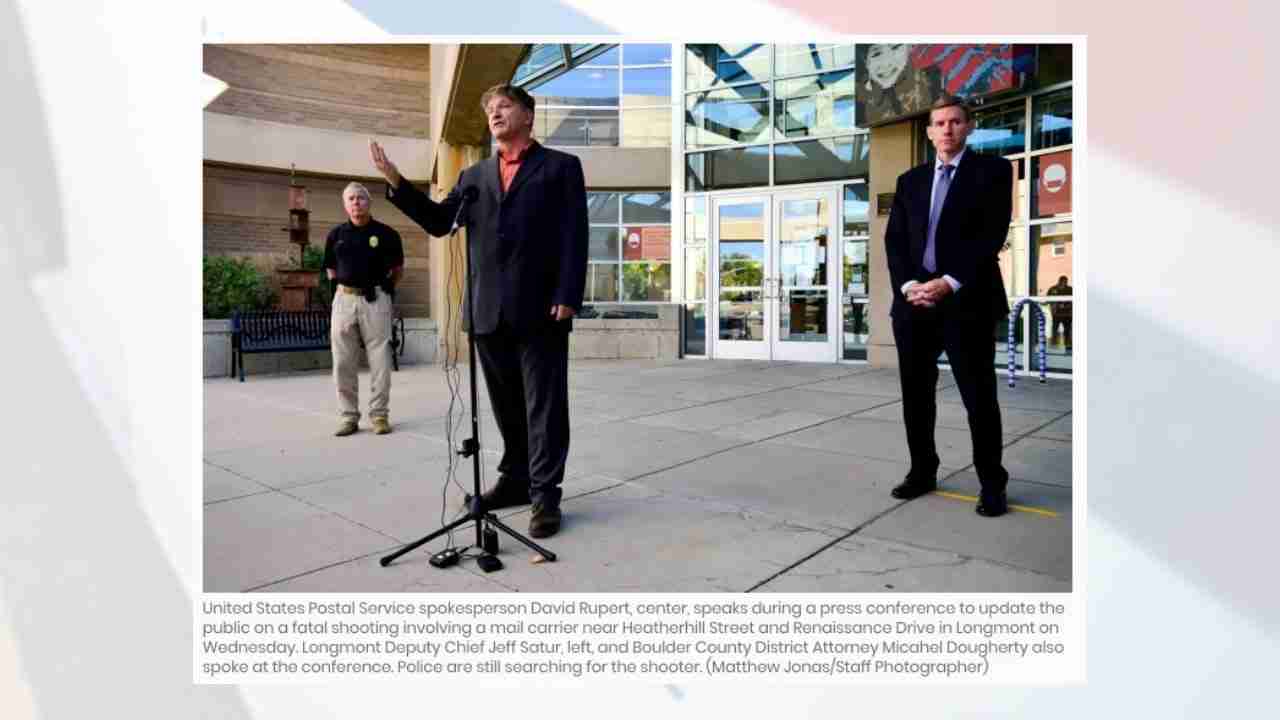 A postal worker was shot and killed in southwest Longmont Wednesday, and police are still looking for the shooter.

The postal worker, who has not yet been identified, was shot in front of neighborhood mailboxes at 12:33 p.m. Wednesday at Heatherhill Street and Renaissance Drive.

The employee died at the scene.

A male suspect was seen fleeing the area south on Renaissance Drive wearing dark clothing, a hoodie and blue mask.

An initial search with a police canine was unsuccessful, but Longmont police Deputy Chief Jeff Satur said at a news conference Wednesday that police “have searched the area pretty thoroughly.”

“I think we have a pretty good idea the suspect has left the area,” Satur said.