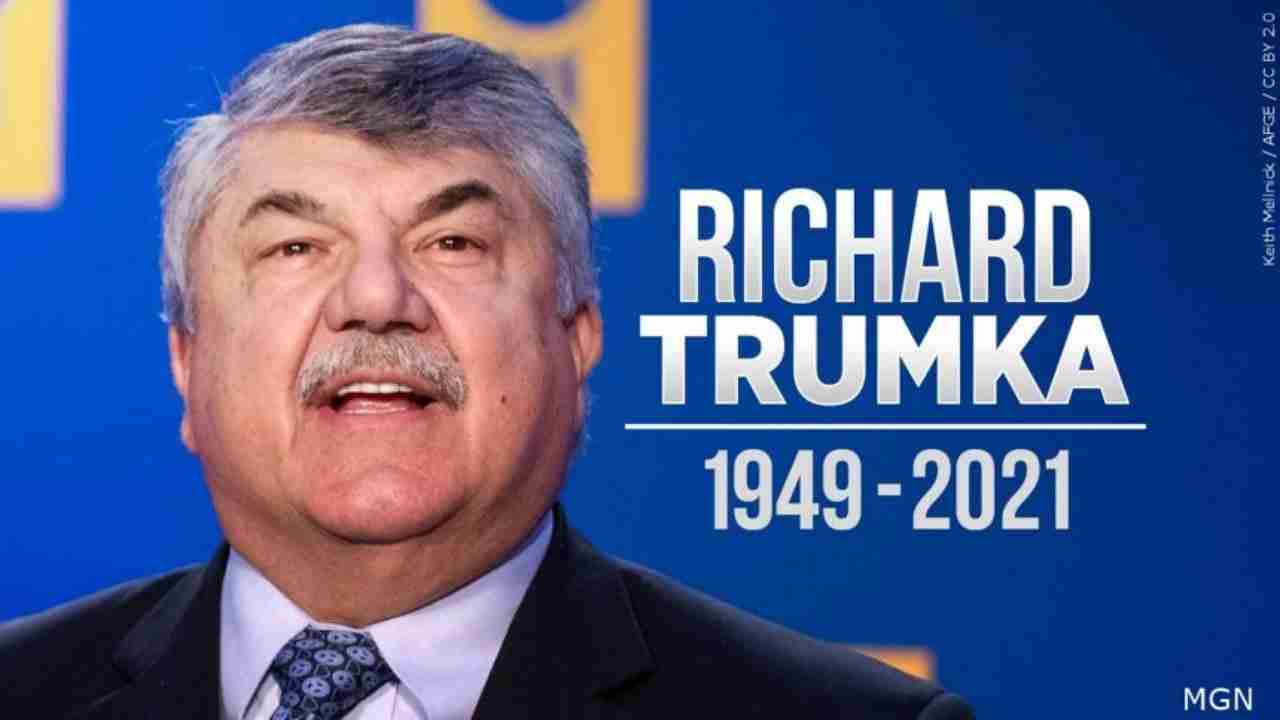 Richard Trumka, who was at the helm of the nation’s largest labor federation, the AFL-CIO, for more than two decades, died on Thursday. Paul Solman reports, and Robert Reich, former secretary of labor under the Clinton administration, joins Judy Woodruff to discuss his life and legacy. Read more

Today, the union movement, the APWU and postal workers are shocked and saddened to learn of the sudden death of AFL-CIO President Richard Trumka. On behalf of our 200,000 active and retired members, I extend our deep condolences to the Trumka family. Read more

Today, we mourn the loss of Rich Trumka, who was a champion for letter carriers and American workers. He was a ‘happy warrior’ who never stopped fighting for the values of economic justice, racial equity, and solidarity. Read more

The impact of his career, his life, and his legacy will be felt for decades to come, not only by the countless working men and women whose lives he helped improve, but by the next generation of labor leaders for whom he served, and continues to serve, as a role model and inspiration. Read more