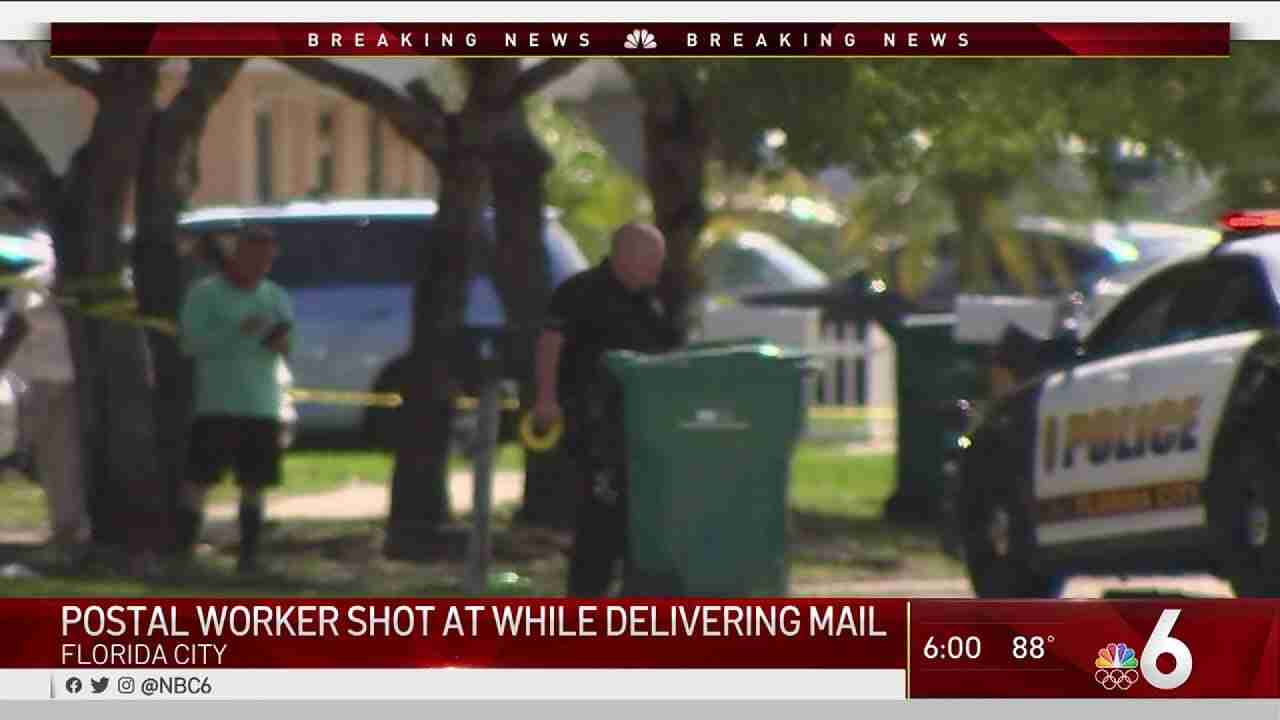 Authorities are investigating after a U.S. Postal worker was shot at in Florida City Monday.

The shooting happened in the area of the 600 block of Northwest 6th Street.

U.S. postal Inspection Service officials confirmed that the worker was shot at but wasn’t injured.

Officials said the female mail carrier was delivering mail in the area when someone started shooting at her around 1:30 p.m.

The woman saw someone in a building in an upstairs window with a rifle and went back to her truck and started to drive away, officials said.

At least one bullet hit her vehicle, piercing the rear bumper, officials said.