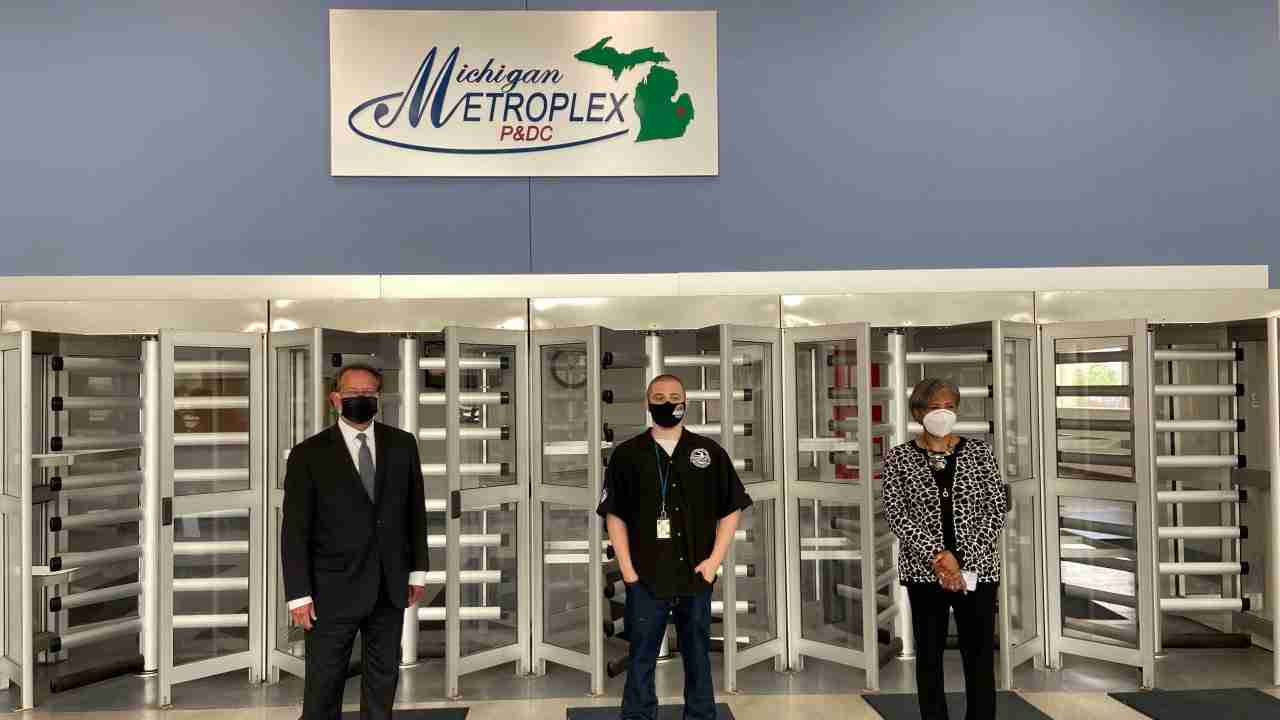 DETROIT, MI – U.S. Senator Gary Peters (MI) and U.S. Representative Brenda Lawrence (MI-14) today visited the U.S. Postal Service’s (USPS) Metroplex facility in Pontiac. While there, the lawmakers toured the facility, met with workers and discussed operations during the pandemic as well as the impact of Postal Service delays on Michiganders across the state.

“The Postal Service should not slow down mail or in any way compromise service – especially during a pandemic – but that’s exactly what we’re hearing is happening. Recent USPS changes to operations have resulted in mail delays for Michiganders who rely on timely delivery for vital prescriptions, critical packages, paychecks, and to do business,” said Senator Peters, Ranking Member of the Homeland Security and Governmental Affairs Committee. “That’s why I launched an investigation into these troubling service changes directed by the President’s new Postmaster General. The Postal Service is the only organization that reliably delivers to every address in our state and across the nation, and I will keep fighting to ensure that Michiganders can depend on timely mail service.”

“As the COVID-19 pandemic continues to spread across the country, the Postal Service has become an integral part of Americans’ daily lives,” said Rep. Lawrence. “In the middle of an election year, the Postal Service will be counted on to deliver ballots to millions of Americans seeking to exercise their constitutional right to vote in our elections, however recent actions taken by the Trump administration and newly-appointed Postmaster General Louis DeJoy threaten the Postal Service’s ability to do just that. This is not just about safely participating in our elections and completing the 2020 Census; the Postal Service continues to deliver essential medical supplies, packages, and parcels to consumers across the country. The Postal Service is not a political weapon that can be used to satisfy President Trump’s unfounded conspiracies against vote-by-mail, and any actions to do so are a direct affront to the Postal Service’s standing as an independent service for the American people. I will continue to work with my colleagues on the Committee on Oversight and Reform, as well as Senator Peters, to protect the United States Postal Service and every Americans’ right to vote.”