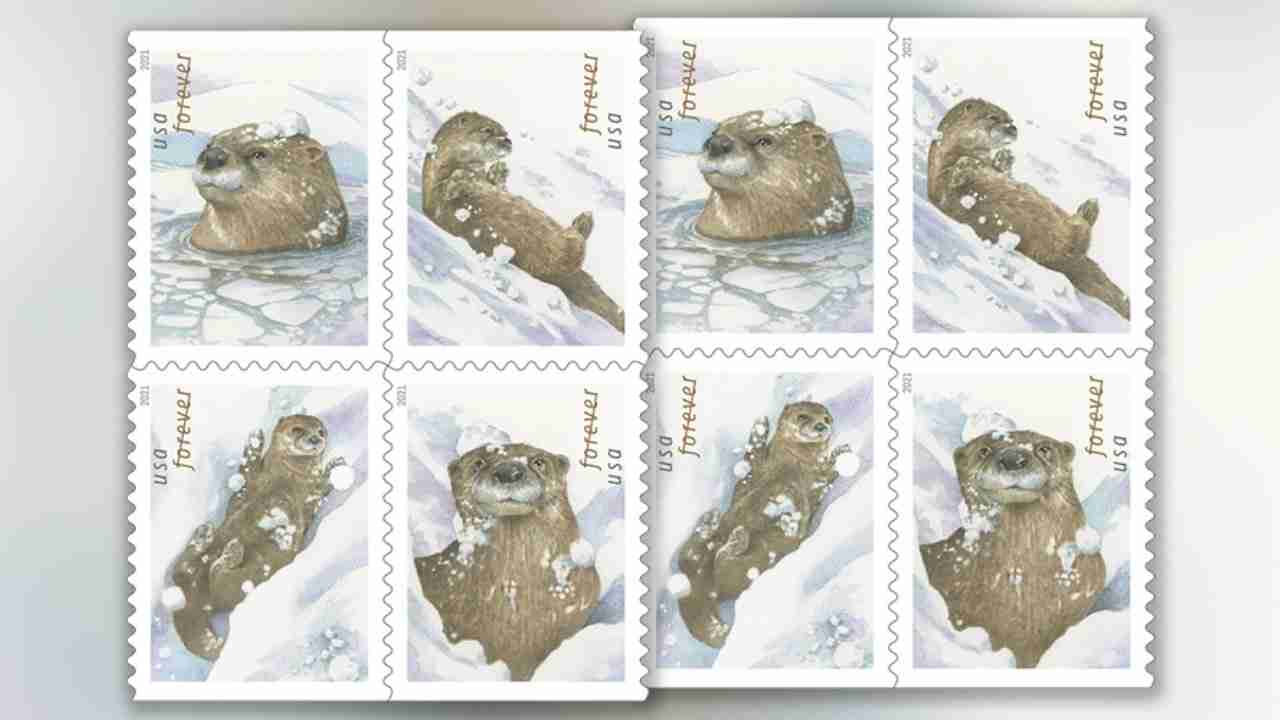 The Postal Service will release Otters in Snow, a booklet of 20 stamps depicting playful otters in their element, on Oct. 12.

Each of the four designs portrays a lone North American river otter amusing itself in a frozen landscape. In one, the creature’s head breaks the surface of an icy river; in another, it is surrounded by snow and looking directly at the viewer; and in the other two, otters happily slide down a snowbank.

The Forever stamps portray the animals’ exuberant spirit but are realistic rather than fanciful. They were illustrated in pen, ink and watercolor by artist John Burgoyne, and designed by Derry Noyes.

The North American river otter has a vast habitat, ranging from the Arctic Circle and Canada to the Gulf of Mexico. Its dense, double-layered coat allows it to thrive in and around the water, no matter the season.

Though paragons of playfulness, otters are known to be aggressive. They are part of the family Mustelidae — which includes the honey badger and wolverine — and are territorial, sharp-toothed apex predators.

It is believed that a lot what we view as play — such as their penchant for rolling down snowy or muddy hills — is of practical use, helping to strengthen social bonds, mark territory and to teach survival skills to young pups.

The Otters in Snow stamps will be available at Post Offices and usps.com.