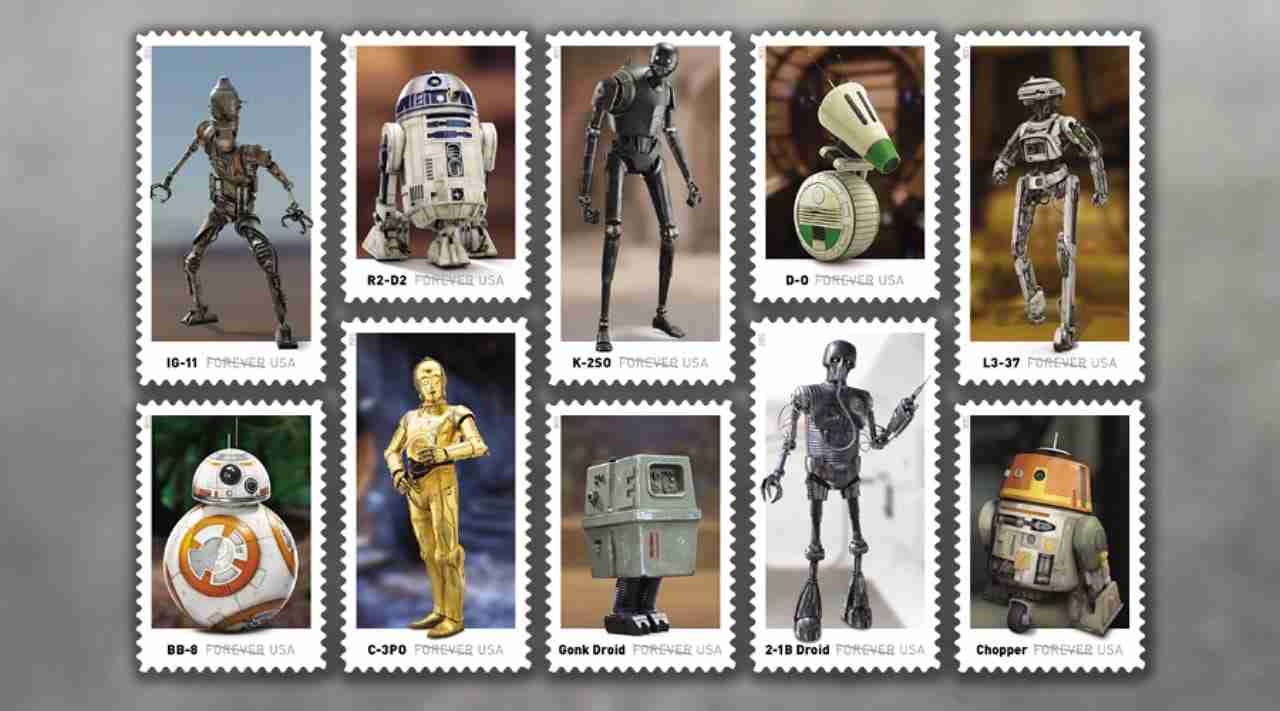 The Postal Service will release stamps this spring that salute beloved droids from the “Star Wars” galaxy and the imagination that brings these technological marvels to the screen.

The characters will be shown against backgrounds representing memorable “Star Wars” settings. The selvage will feature a passageway from the floating Cloud City above the planet Bespin, introduced in “Star Wars: The Empire Strikes Back.”

Greg Breeding designed the stamps, while William Gicker was the art director.

The stamps will help mark this year’s 50th anniversary of Lucasfilm, the studio that created the “Star Wars” franchise.

USPS announced the stamps Jan. 26. Additional details, including the release date, will be revealed later this year.