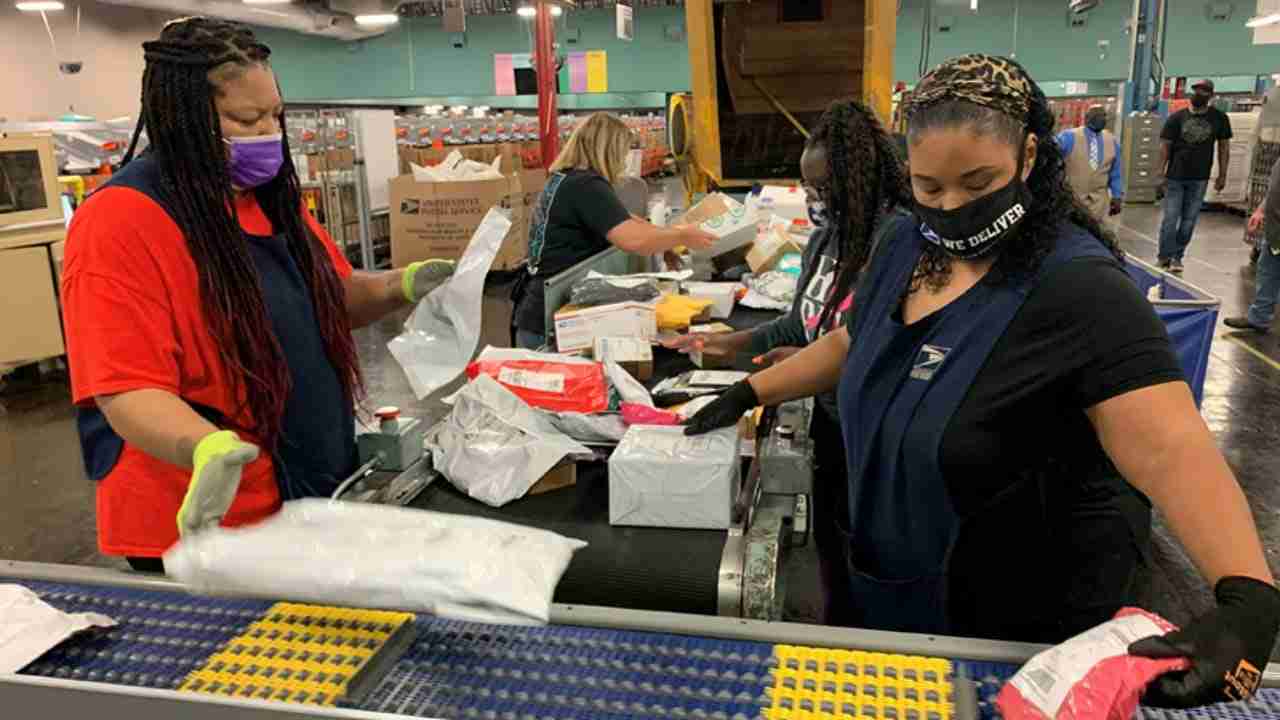 USPS is rapidly deploying state-of-the-art sorting machines at plants across the nation as it ramps up for the upcoming peak holiday delivery season.

The new sorters are part of Delivering for America, the Postal Service’s 10-year plan to modernize the organization, including a series of mail processing improvements, such as making better use of trucks and the existing surface network to rely less on costly air transportation.

The new equipment includes an automated delivery unit sorter that was installed in June at the Huntsville, AL, Processing and Distribution Facility, where employees previously processed packages by hand, averaging approximately 170 parcels an hour.

“Last year, we processed over 250,000 packages by hand during peak. This peak season, we are expecting double or triple last year’s amount,” Balentine said.

“We would hand sort packages, handling them two, three times,” said Drew Rockey, a mail handler at the facility.

That recently changed after a new automated delivery unit sorter was installed.

“Now packages move from the dock to the machine to dispatch in one smooth process. This machine will revolutionize how we sort packages,” Rockey said.

In addition to helping USPS grow its package business, the new equipment is generating enthusiasm in the communities that the organization serves, with positive press coverage from the Huntsville Business Journal and Up North Live, the website for the ABC and NBC stations that cover Traverse City.

Huntsville and Traverse City are not alone. Several plants are being fitted with new sorting machines over the next few months, including approximately 90 facilities that will install small delivery unit sorters that take up less space than the other machines but process as many packages.

“Our business is to serve the customer. That’s what [the 10-year plan] is doing by placing new processing equipment in the plants,” Balentine said.

Coupled with the plan’s new transportation network, the organization will be able to get packages into customers’ hands faster.

“It is a beautiful thing,” he said.