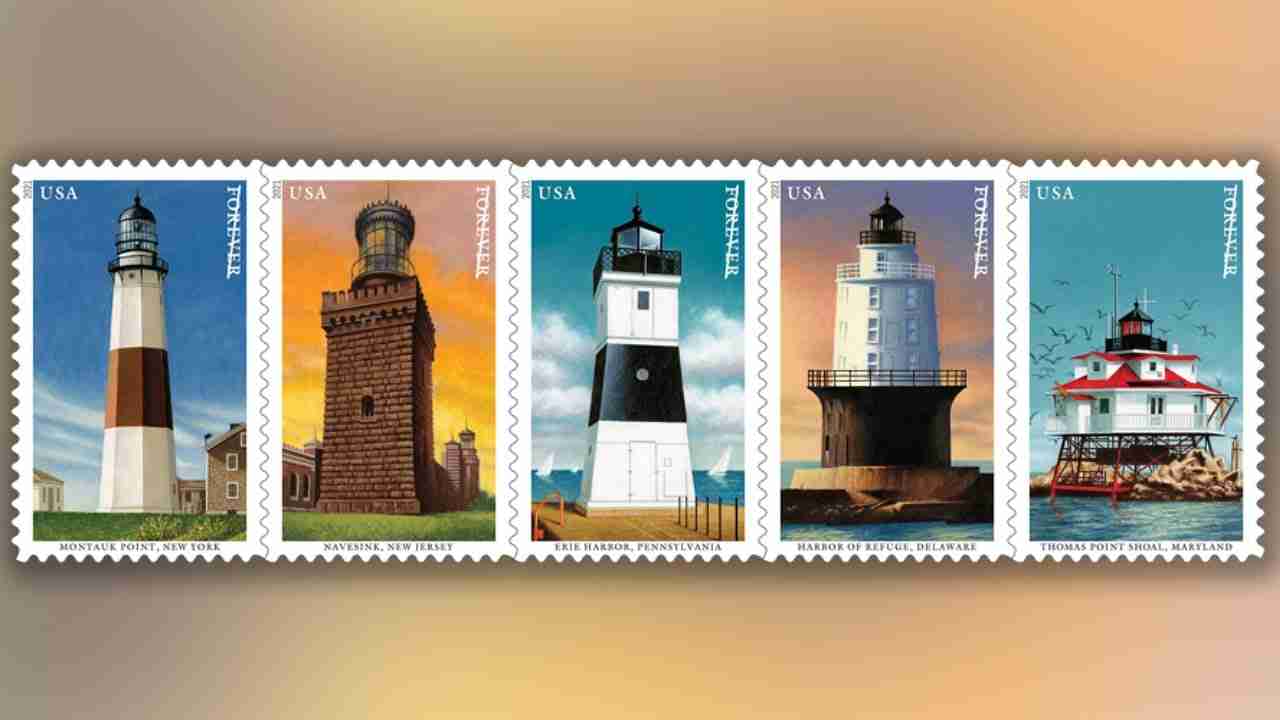 On Aug. 6, the Postal Service will release Mid-Atlantic Lighthouses, the seventh and final installment in the popular Lighthouse stamp series.

The artist was Howard Koslow, who illustrated all the stamps in the long-running series. The mid-Atlantic illustrations were his last work for the Postal Service before his death in 2016.

Art direction was by Greg Breeding.

The stamps can be purchased at Post Offices and at usps.com.