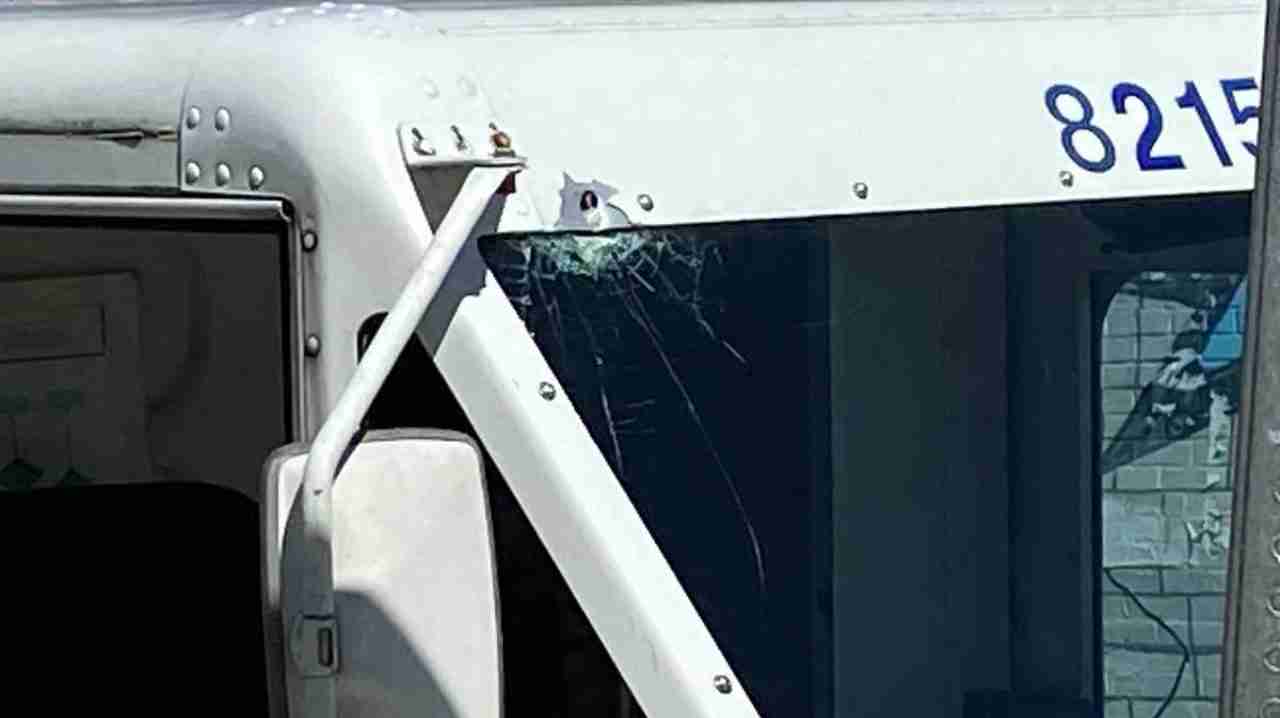 A Boston man is in custody following a brazen daytime shooting involving a U.S. Postal truck in the city’s Dorchester neighborhood.

Boston police confirmed the shooting happened at 12:18 p.m. Tuesday near the intersection of Quincy and Dacia streets. No injuries were reported.

A U.S. Postal truck was hit by at least two bullets, including one round that hit the windshield and another that hit the roof.

Stephen Dougherty, of U.S. Postal Service communications, said a postal inspector responded to the scene and that it appears the truck was caught in an apparent crossfire. The postal worker was not in the vehicle at the time.

Boston police said the postal employee on-scene was “very shaken up,” but was not injured.

Several vehicles parked in a nearby auto-body shop parking lot were also hit by bullets.

Boston police said a 17-year-old boy believed to be involved in the incident walked to an area hospital to be treated for a non-life-threatening gunshot wound.

Witnesses said they saw two teens running away from the scene after the shots were fired.