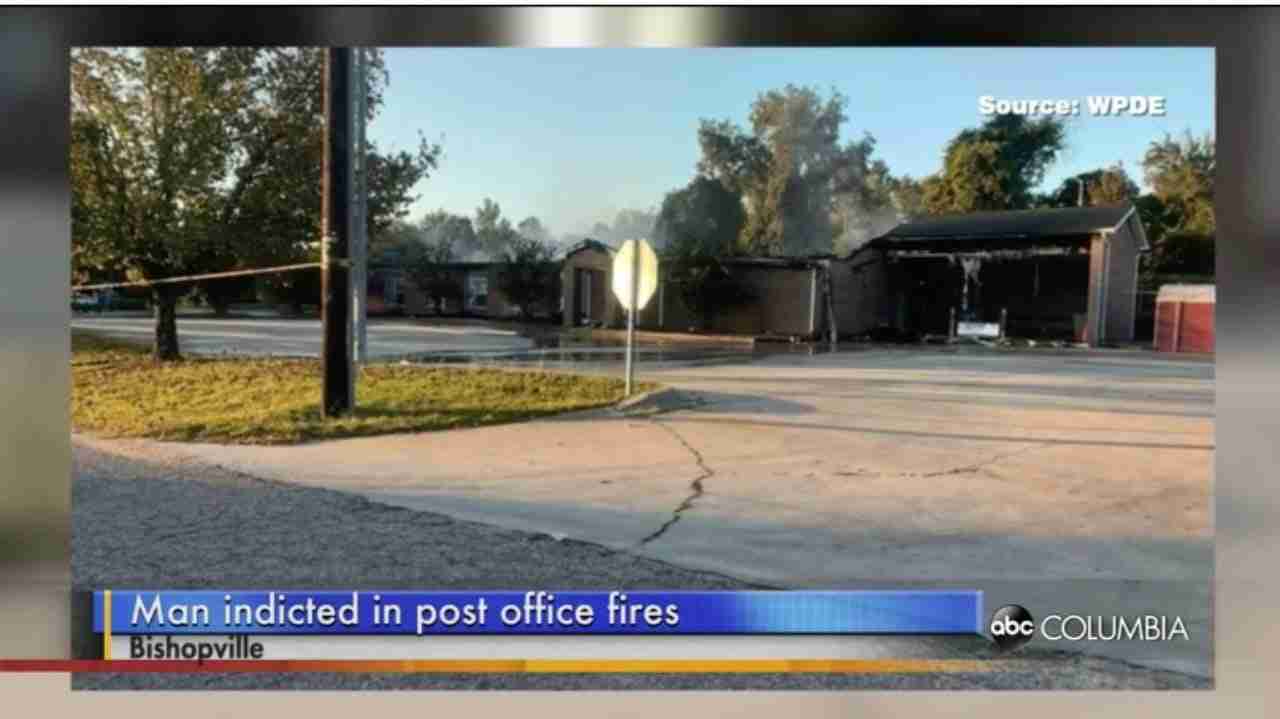 ABC TEAM (WPDE)– A Bishopville man is facing federal charges for setting fire to the Bishopville Post Office not once, but twice. 61-year-old Jeffrey Scott is charged with three counts of malicious damage to a building by means of fire and two counts of destruction of letter boxes and mail.

According to the indictment, Scott set fire to the Bishopville Post Office in January of 2017 and again in October of 2020. Scott has pleaded not guilty to both incidents.