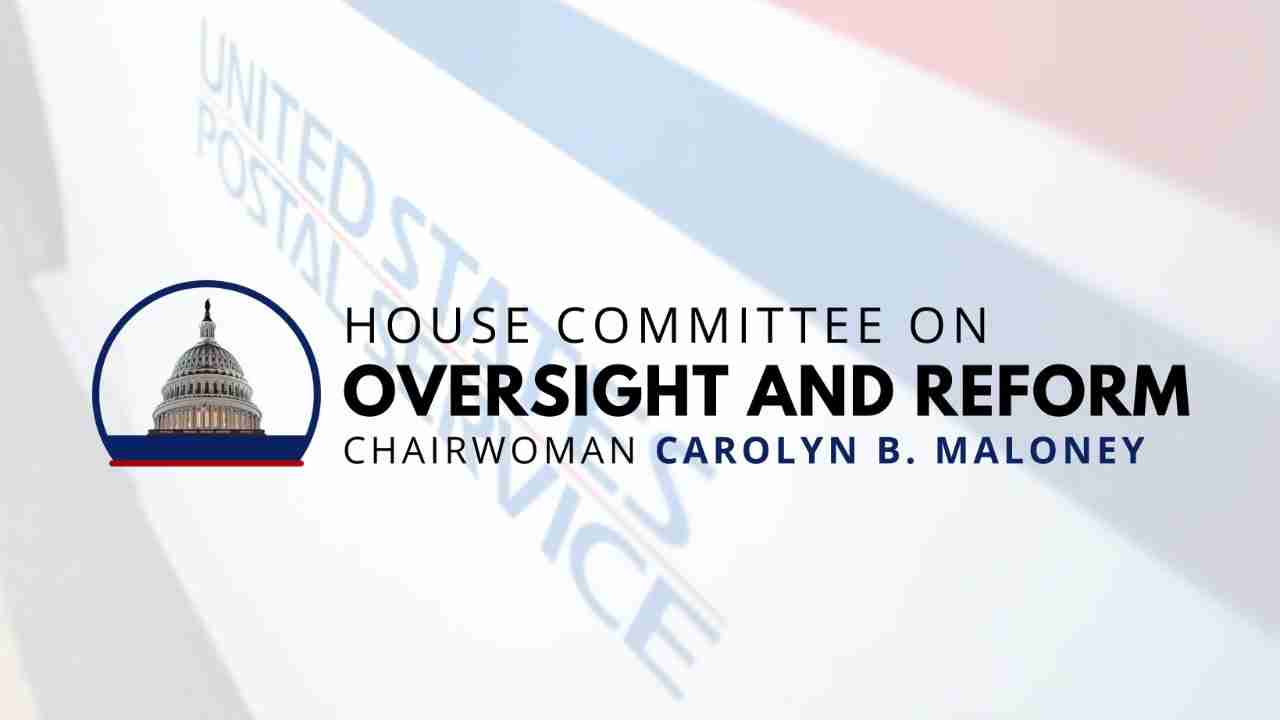 “I am extremely concerned about the Postal Service’s unacceptable decision to make permanent slower mail delivery despite substantial public and Congressional opposition, and its failure to fully engage with Congressional leaders and postal stakeholders during the development of Postmaster General DeJoy’s plan,” said Chairwoman Maloney.  “Mr. DeJoy’s plan should not be implemented until Congress and the American people have the opportunity to fully review it and provide substantive feedback.”

“Postmaster General DeJoy has put forth a draconian plan that guarantees the death spiral of the United States Postal Service,” said Chairman Connolly.  “Customers and Congress are fed up with DeJoy’s service cuts and record delays.  The only way to right this ship is new leadership, a better vision, and a realistic plan that serves all Americans.”

“I am not sure how our postal workers who remain on the frontlines of our national COVID response can view DeJoy’s plans as anything other than a gratuitous slap,” said Chairman Lynch.  “By further degrading mail delivery, the putative “10-year plan” released by Postmaster General DeJoy runs contrary to the Postal Service’s mission to provide prompt, reliable, and efficient mail services to the American people.  It will also impede the efforts of our 645,000 postal employees to process and deliver the mail to every home and business in America six days a week.  We should be grateful that, at great risk to their personal health and safety, our dedicated postal workforce has remained on the job throughout the entire COVID-19 pandemic.  In place of Postmaster General DeJoy’s plan to degrade service, we must continue to develop a bipartisan postal reform plan that responds to the needs of the American people and reflects the commitment and sacrifice of America’s postal workers to deliver the mail on time.”

“As a 30-year veteran of the United States Postal Service, I have and always will be committed to supporting the mission and workers of this critical agency,” said Congresswoman Lawrence.  “It’s the responsibility of the Postmaster General to meet the challenge of upholding the Postal Service’s trusted and timely mail delivery.  I’m extremely troubled by any action to lower service standards, and I remain willing to work with the agency’s leadership to maintain the Postal Service’s favorability and ability to promptly and efficiently deliver mail to all Americans.”