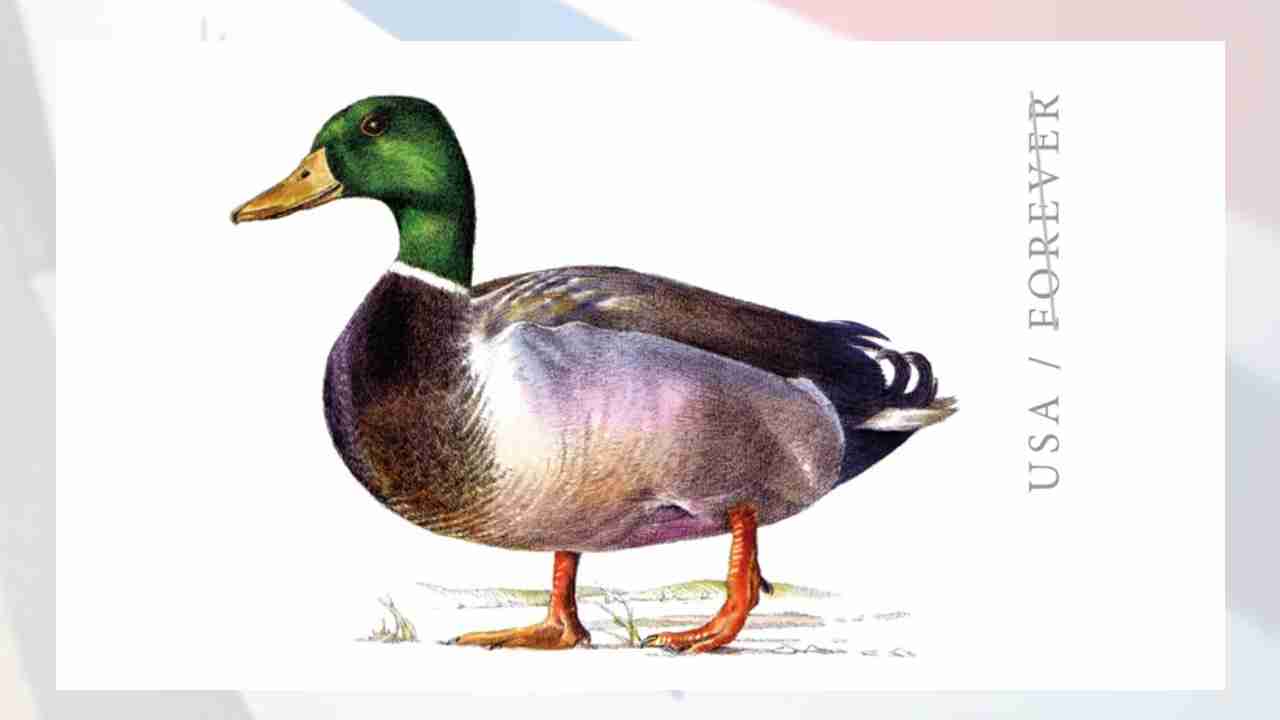 The Postal Service’s newest stamped postcard, which features a watercolor image of a mallard duck by Dugald Stermer, will be released June 1.

Stermer was an eclectic artist widely known for his drawings of the natural world as well as for a typographical style that influenced the early aesthetic of Rolling Stone, New York and Mother Jones magazines.

The mallard pictured is a drake in breeding season, when his plumage is at its finest: iridescent green head, white neck ring, chestnut breast and curled black tail feathers.

The drake’s eye-catching display fades to mottled brown in summer and early autumn, when he is growing new wing feathers and cannot fly. The temporary dun coloring provides effective camouflage from predators while he’s grounded.

Ethel Kessler designed the postcard, which is a Forever product that will always be equal to the value of the stamped postcard rate at the time of use.

The stamped postcard is available at usps.com.