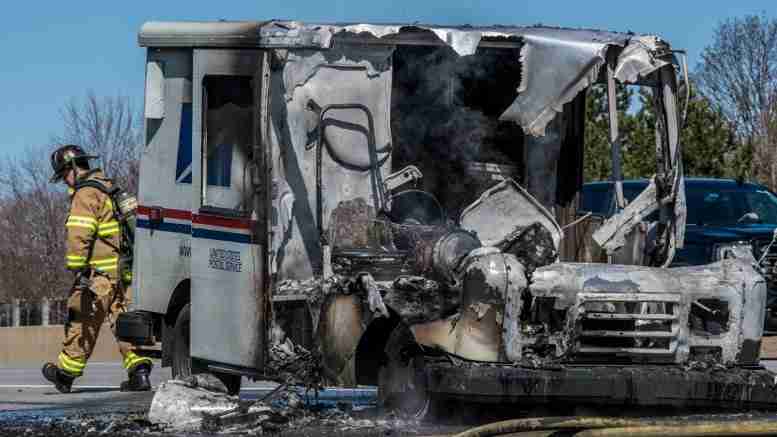 NASHUA, NH — Nashua fire responded to multiple calls for a truck on fire on the Everett Turnpike South near the Exit 4 off-ramp Sunday morning.

When Nashua Fire arrived they found a U.S. Mail truck fully engulfed in flames in the breakdown lane.

The driver escaped from the vehicle uninjured.

The vehicle was towed from the highway and the debris was cleared by the tow company. The cause of the fire remains under investigation.
Mail truck on fire pulls off Everett Turnpike in Nashua, gutted by flames