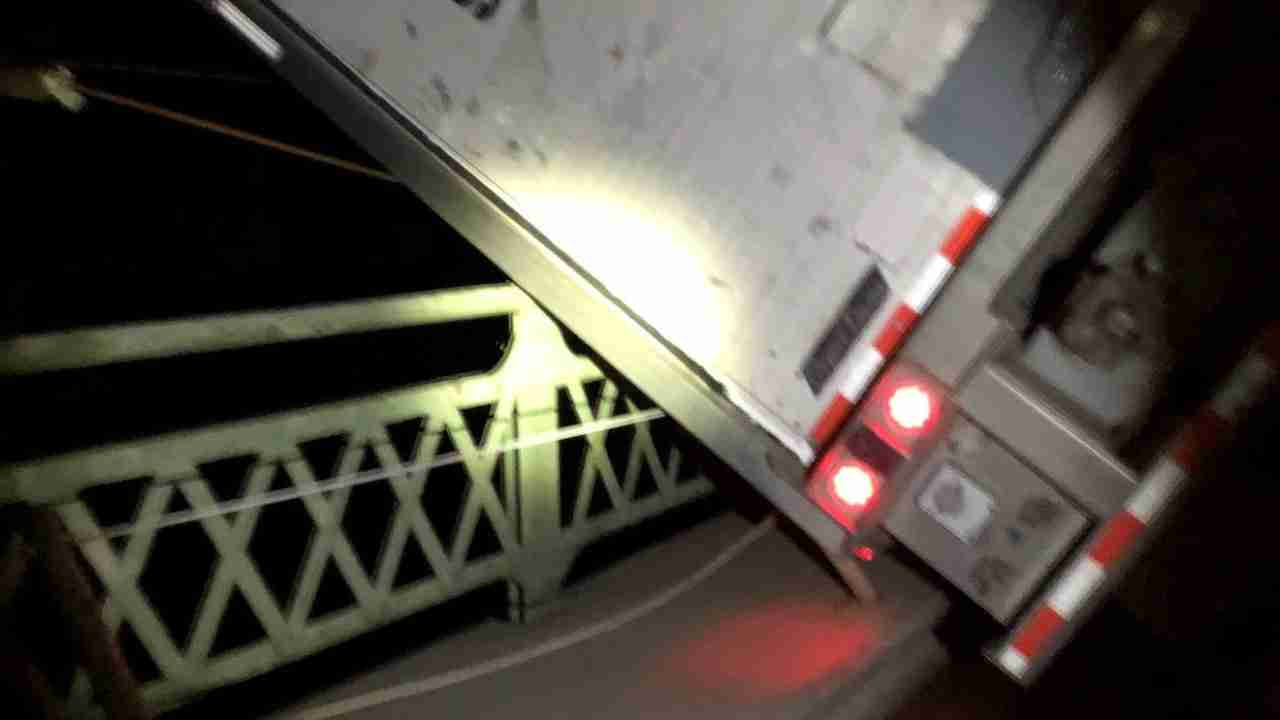 ANACORTES, Wash. — A driver of a U.S Postal Service semi truck had a harrowing tale to tell of survival after he was nearly blown off the Deception Pass Bridge during Wednesday morning’s windstorm.

Jeff Myles was hauling mail to Oak Harbor along SR 20 in the early Wednesday morning hours as ferocious gusts blew through Deception Pass.

“I just passed the middle of the bridge and a gust of…I don’t know how bad… just picked up my trailer and my truck and just pushed it against the guard rail,” Myles told KOMO NewsRadio. “I slammed on my brakes and I just laid over the guard rail. It tilted about 3 feet each way.”

Myles said his cab was leaning over the edge and it was a mad scramble to get out, but he couldn’t just open his door.

“I could look down at the water (out my window), so I wasn’t going to open THAT door,” he said.

And the relentless wind gusts clocked as high as 64 mph at the nearby Naval Air Station continued to slam against the passenger side of the cab, making it too difficult to open the door. So the 60-year-old driver had to climb through the passenger side window.