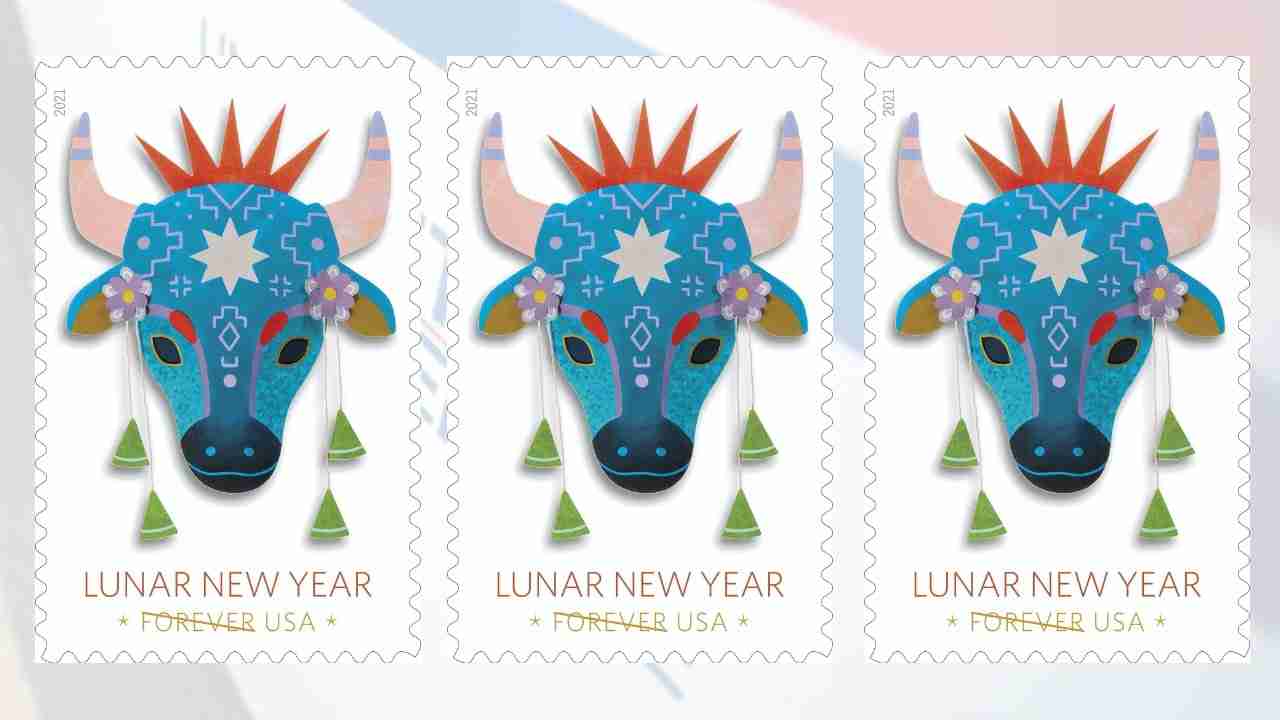 A new stamp from the U.S. Postal Service featuring the Year of the Ox has come under fire for being “culturally inappropriate.” The stamp, the second in the agency’s Lunar New Year series, is scheduled for release in Chicago on Feb. 2.

Featuring an ox mask, the stamp was designed by art director Antonio Alcalá, with original art from artist Camille Chew. “Calling to mind the elaborately decorated masks used in the dragon or lion dances often performed during Lunar New Year parades, these three-dimensional masks are a contemporary take on the long tradition of paper-cut folk art crafts created during this auspicious time of year,” USPS said in a press release last month.

Weeks ahead of the stamp’s release, critics are pointing out multiple reasons why it’s “culturally inappropriate.” “What is this!? Insult to the Chinese zodiac’s Ox and the line across ‘forever’ suggests… Wrong on many levels,” wrote Twitter user Karlin Chan, who calls himself an independent “community advocate/activist.”

You’ve got to be kidding me about this person being insulted about the line through ‘forever.’ Go to USPS.com if you don’t believe me, it will be on every single stamp. All of them. **It’s not part of the design, it is to help prevent counter fitting and to show it’s not an actual stamp, just a picture of one** I can’t comment on the cultural significance, this person may have a point, I have no idea. But- the fact that someone thought another person being outraged about a very easily fact-checkable basic thing is news worthy? I feel ridiculous… Read more »

I believe the attitude expressed as culturally inappropriate is wrong. To me it is acknowledging the Chinese and there culture. The objections to it are insulting to me.

The USPS does that for all images of their forever stamps. I suppose it’s to stop counterfeiting.

This person clearly didn’t bother to resurch the artist involved (or even look at the names) in making it before getting fired up and taking to a keyboard to cry injustice. Pffft their objections with out facts or resurch is insulting tbh.

Part of the complaint is that the artist is Hispanic and why wouldn’t they choose an Asian artist. I don’t know what ethnic background the art director is, but the artist who designed the mask, Camille, is Filipina-American, so she has Asian heritage.

THEonly inappropropriate, ill informed and truly ARROGANT misfit is the rude insulting clearly totally ignorant self-apponted RACIST, SEXIST fool insulting the marvelous Artist, Art Director & UNITED STAYED POST OFFICE in an attack on a truly beautiful Stamp Design!! I have ALREADY bought this SRamp & the same team’s 2020 Tear of theRat stamp and am SO HOPING THEY WILL CONTINUE TOGETHER FOR THE REST OF THE SERIES{{ Why anyone would pay ANY attention to this tgnorant tasteless insulting worthless critique is beyond comprehension!! No cure for STUPID…..