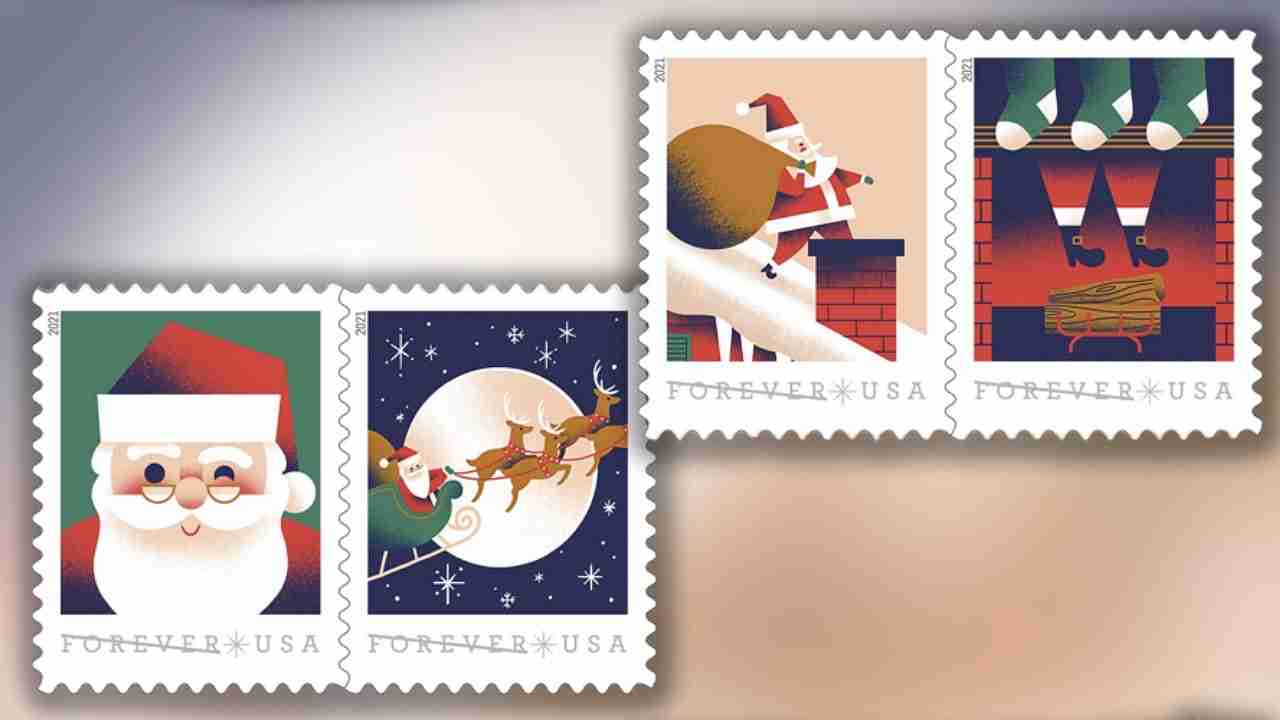 The Postal Service will release A Visit From St. Nick, four new holiday stamps, on Oct. 7.

When viewed together, the stamps create a storyboard depicting a traditional house call by the jolly old elf.

In the first stamp, a sack-laden Santa approaches a chimney on a snow-covered roof. In the second, black boots peek out from a fireplace as he makes his special delivery. The third is a close-up of his winking face, and the fourth shows him on his merry way, reindeer-powered sleigh silhouetted against a full moon, mission accomplished.

The stamps were designed by Greg Breeding with original artwork by Brad Woodard, who sketched out the scenes and then digitized the illustrations.

The Forever stamps will be available in booklets of 20 at Post Offices and usps.com, which also has other holiday stamps.