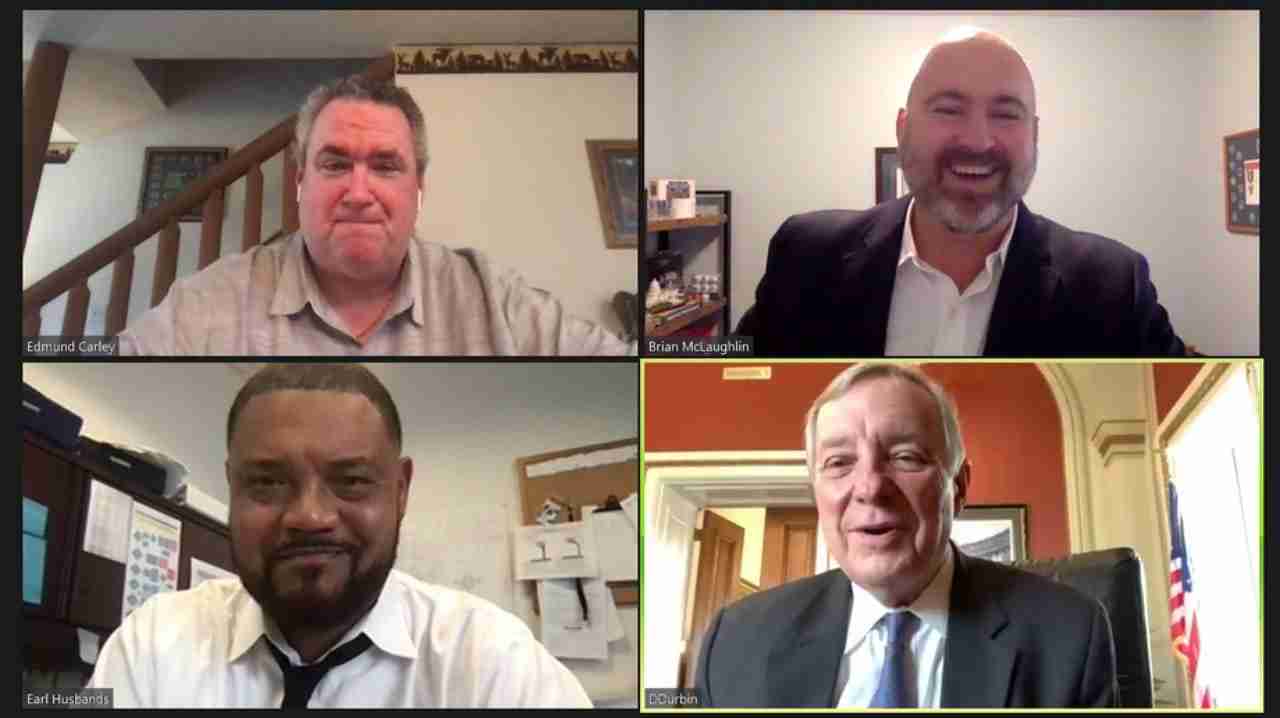 WASHINGTON – U.S. Senate Majority Whip Dick Durbin (D-IL) today met virtually with Illinois members of the United Postmasters and Managers of America to discuss a path forward for postal reform. During their conversation, Durbin received an update on postal operations in Chicago after months of delayed mail delivery on the Southside that led to more than 19,000 pieces of mail not being delivered during a single day despite being reported as delivered. The drop in on-time performance – including a 22 percent drop for three-to-five-day mail from last year- was due to United States Postal Service (USPS) Postmaster General Louis DeJoy’s disastrous operational plan that cut staff, removed sorting and processing capacity, and put an undue burden on letter carriers across the country.

Durbin and the postmasters also spoke about the Postal Service Reform Act, which would reform the Federal Employee Health Benefit Program to maximize postal participation in Medicare, repeal the retirement pre-funding mandate that currently costs the USPS $5.5 billion annually, and directs new spending in modernizing operations.

“Postmaster DeJoy’s irresponsible leadership has eroded the public’s trust in USPS and its ability to complete its mission set out by the Constitution,” said Durbin. “It is unacceptable that Illinoisans continue to experience mail delivery delays despite the tireless efforts of postal workers.  I will continue to press local, regional, and national USPS leadership to protect delivery standards and service.”

In February, Durbin led his colleagues in demanding that DeJoy address the mail delays caused by his operational changes. Durbin also sought answers for the delays in Chicago from USPS Great Lakes Leadership during their meeting last spring.

In March, Durbin called for DeJoy’s resignation and slammed his “Delivering for America” 10-Year Plan, which drastically cuts hours and raises prices for USPS services.