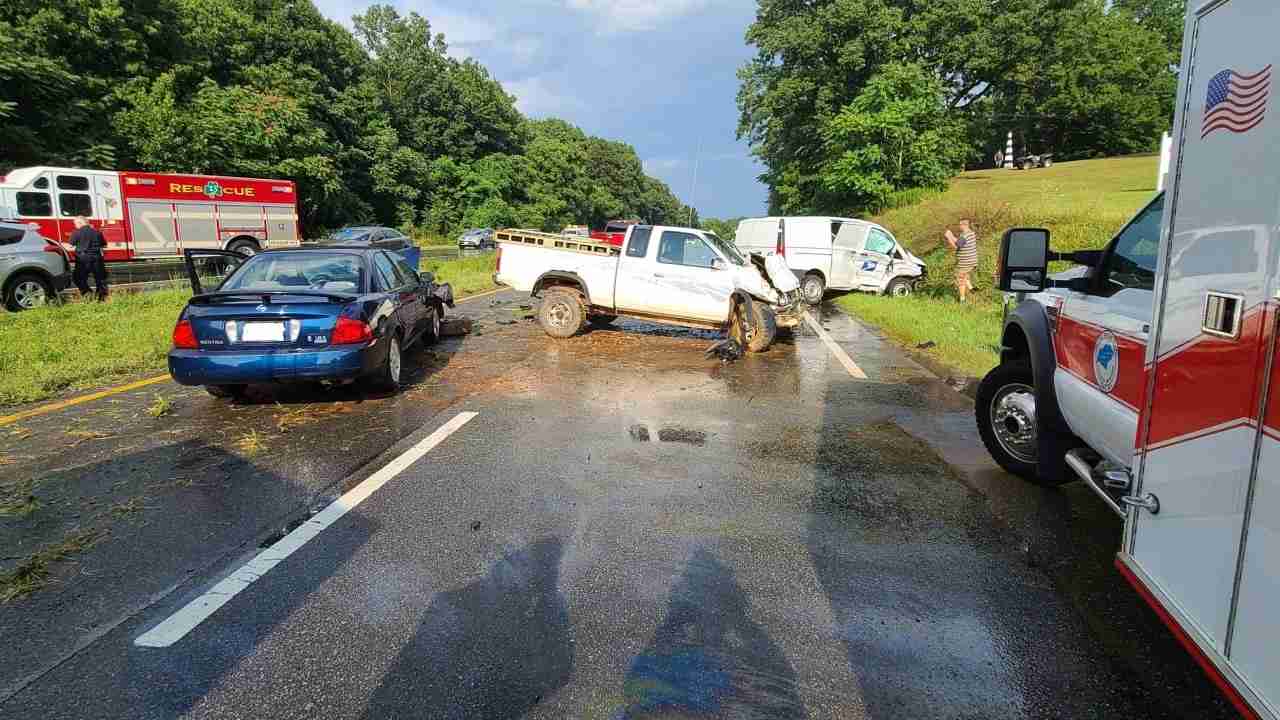 CAMPBELL COUNTY, Va. (WFXR) – Virginia State Police has confirmed new details on the crash that shut down a stretch of Route 460 on Monday in Campbell County.

That USPS vehicle was traveling west on Route 460 when it hydroplaned due to heavy rain falling in the area, and ran off the left side of the roadway.

The vehicle then crossed into the eastbound lanes where it collided with a Nissan Frontier and a Nissan Sentra.

The driver of the USPS vehicle was taken to Lynchburg General Hospital with serious but non-life-threatening injuries and is being charged with reckless driving.