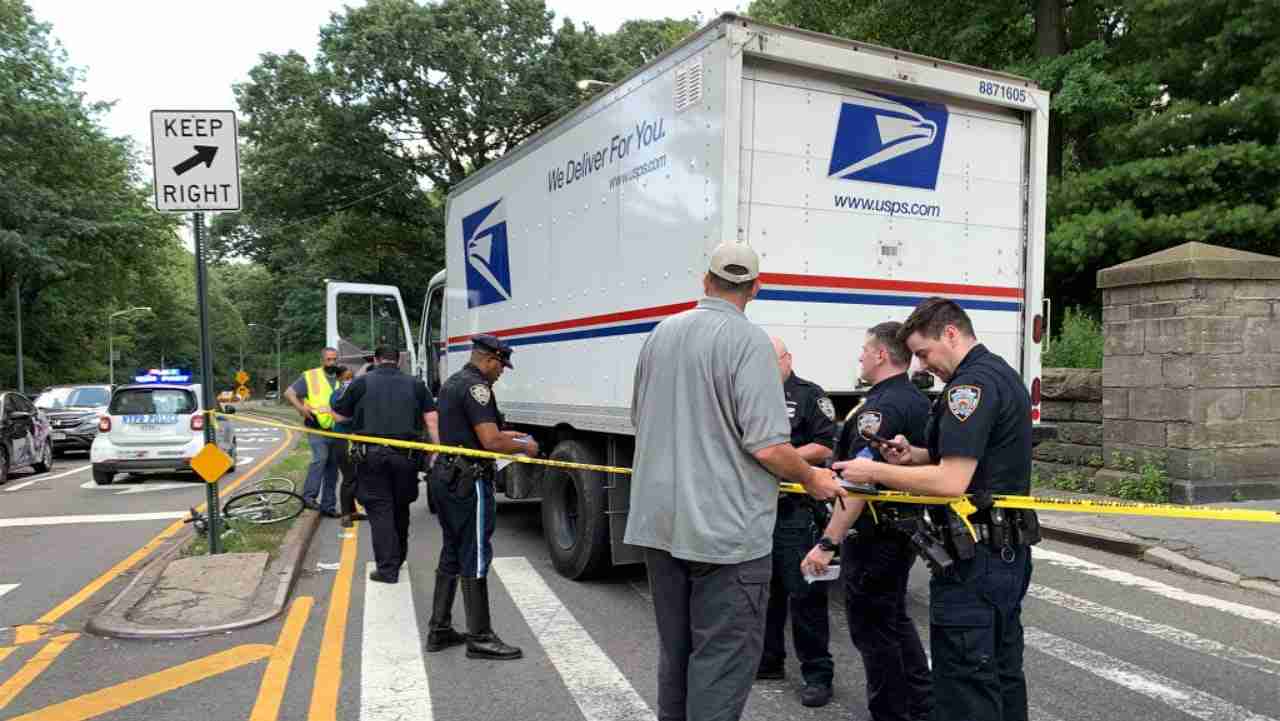 An elderly cyclist was struck and killed by a USPS truck driver along Central Park on Tuesday night, police and sources said.

The 71-year-old man was hit by the truck at the intersection of Central Park West and West 86th Street at about 5:40 p.m., according to authorities and sources.

The victim was taken to Mount Sinai Morningside Hospital, where he was later pronounced dead, according to the FDNY and police.

According to photos of the crash, the mail truck driver remained on scene.

Police did not immediately have additional information on the wreck.