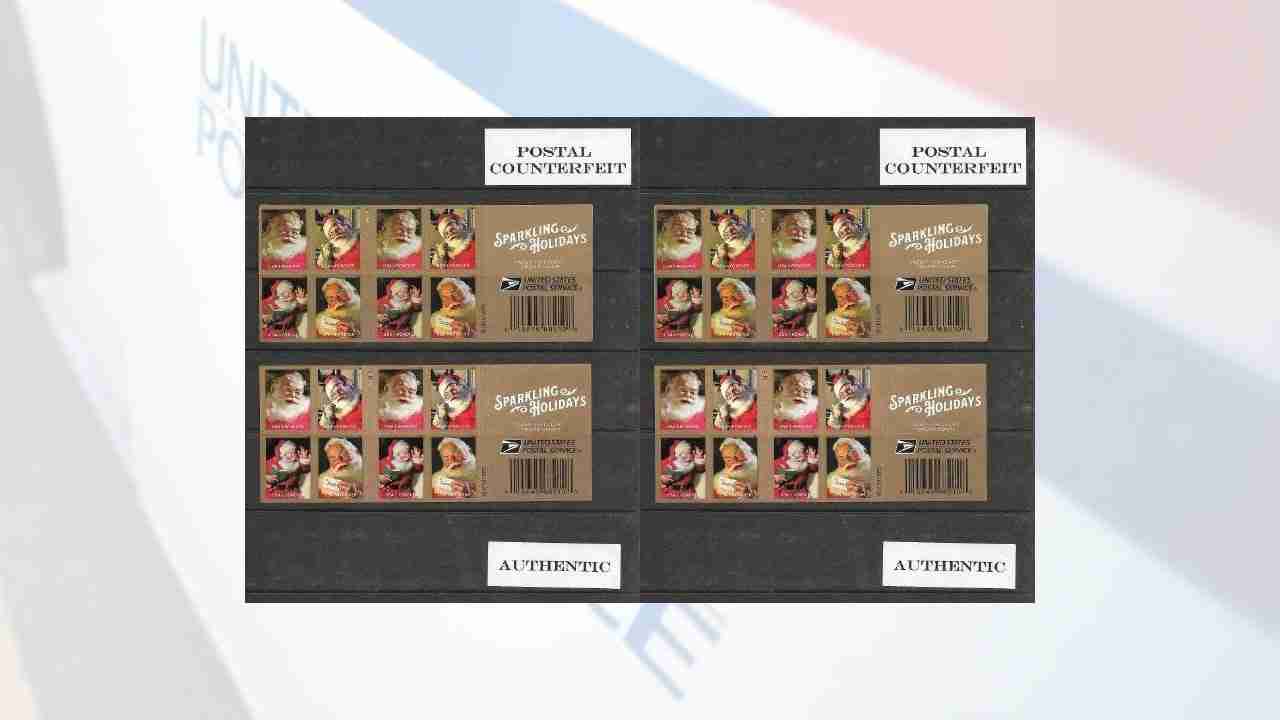 It all started in the early 2000s when Beer heard a presentation by Ron Maifield of Cincinnati, a member of the Plate Number Coil Collectors Club, in which he showed collectors a few fake stamps and contrasted them with real ones. Beer later bought a roll of 100 of a 37-cent U.S. flag counterfeit stamps to study.

Since then, Beer told me, he has bought numerous counterfeit issues — mostly from sellers on e-commerce sites such as eBay, Ali Baba and Etsy. He is building a reference collection and shares what he has learned at local stamp clubs.

“It’s been fascinating to check out production techniques,” Beer said of his collecting specialty.

In the not-too-distant past counterfeit stamps lacked sharpness in printing, had simulated perforations that were too rounded or far apart, missed obvious printing security measures that U.S. Postal Service printing contractors included and came in wrappers that imitated but did not reproduce those that enclose stamps from the post office, he explained.