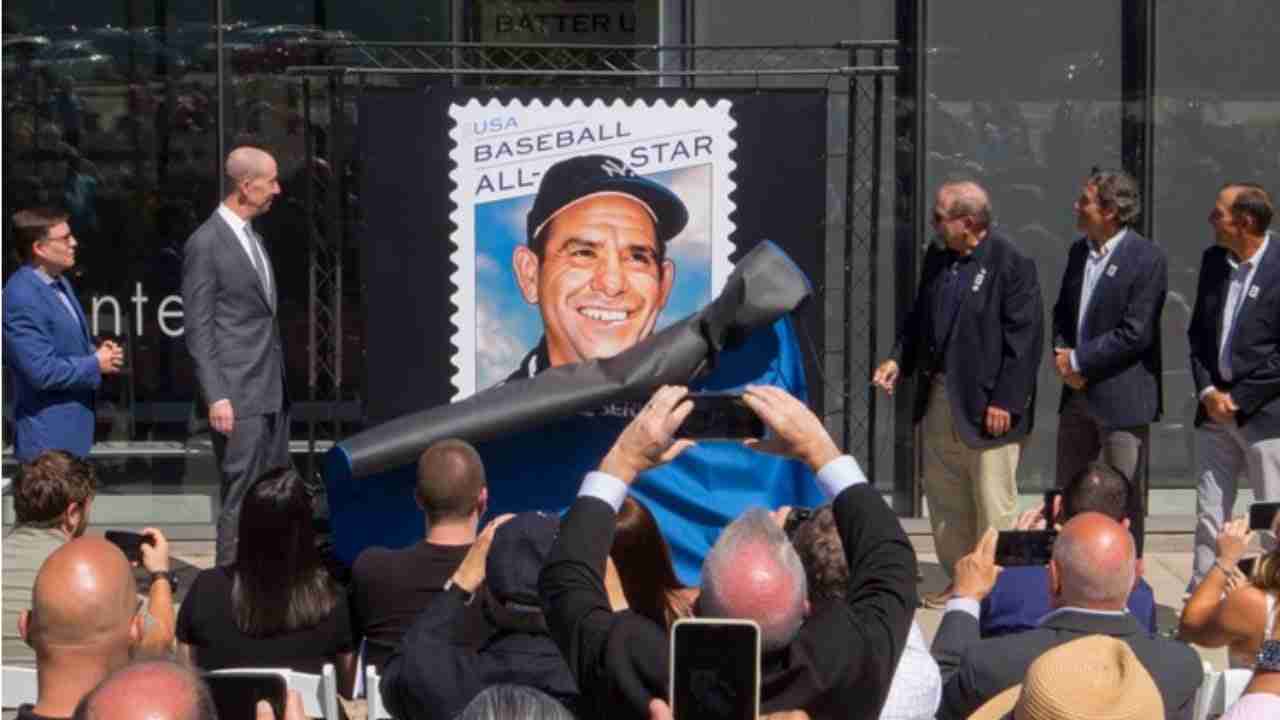 The Postal Service dedicated the Yogi Berra stamp June 24, honoring one of the greatest players in Major League Baseball.

“We hope this stamp will serve as a reminder of Yogi’s larger-than-life personality — both on and off the field,” said USPS Board of Governors Chairman Ron A. Bloom, one of the speakers at the event.

The ceremony was held at the Yogi Berra Museum & Learning Center in Little Falls, NJ, where other participants included sportscaster Bob Costas and Berra’s sons, Larry, Tim and Dale.

In a statement, the Berra family said it “wishes to thank the U.S. Postal Service for honoring our father with a Forever stamp for his prowess as a baseball icon who demonstrated the right way to earn the respect of family, friends, competitors and people everywhere.”

Lawrence Peter “Yogi” Berra (1925-2015) was an 18-time Major League Baseball All-Star and played in the World Series championship in 14 of his 18 seasons with the Yankees. He won three American League MVP awards during his storied baseball career.

Legend has it that a teammate gave Berra his famous nickname after noticing he often sat somewhat in a yoga position with legs and arms folded.

Berra was also known for his quotable Yogi-isms — contradictory bits of logic and humor — such as “I never said everything I said,” among others.

Berra retired as a Yankees player in 1963 and began a second career as a manager and coach, taking two teams to the World Series.

He was inducted to the National Baseball Hall of Fame in 1972 and was a posthumous recipient of the Presidential Medal of Freedom, the nation’s highest civilian award, in 2015.

The stamp, which features original artwork by Charles Chaisson, is available at Post Offices and usps.com.