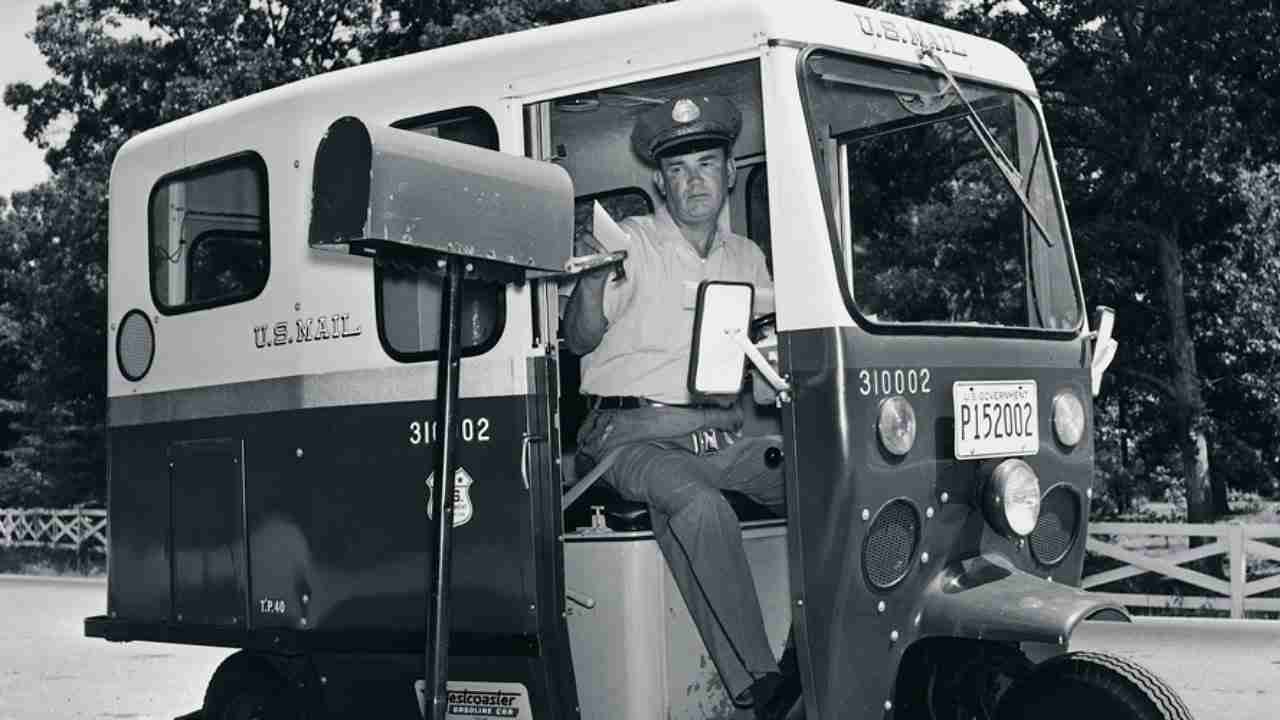 While the Postal Service has more than 230,000 vehicles in its delivery fleet today, until 1970, most letter carriers delivered mail on foot.

“They didn’t have no trucks when we started. When I started, you went to your route on the bus,” recalled Alfonzo T. Wilson Jr., a Cleveland letter carrier who began his postal career in 1957.

Wilson is one of 25 employees who participated in the USPS 50th Anniversary Oral History Project, which the organization recently conducted to mark its transition from the Post Office Department to an independent federal agency on July 1, 1971.

In Beverly, MA, Thomas S. Dean recalled carriers being trucked to their routes.

“When I first started there was probably three trucks in the whole town. And those trucks took the carriers, four or five carriers at a time, to their spot where they were dropped off. Then you’d drop off their relays [mail prepared for delivery along a route] and probably parcels,” said Dean, who became a letter carrier in 1967.

But the 1960s saw the Post Office Department introduce delivery vehicles for carriers, including a three-wheel vehicle called a Mailster.

“I used a Cushman scooter-type thing [Mailster], something like what a traffic officer for the police department would use to mark parking downtown,” said Ronald E. Emerick, an Oceanside, CA, letter carrier who began his postal career in 1966.

Chevrolet Chevettes and AMC Ambassadors were also put into service for carriers.

The Chevettes “were so small that you’d have to take the seats out, except for the driver’s seat, to get the mail in,” Wilson recalled.

Mailsters were ultimately deemed unsafe and were largely replaced by the iconic Jeep mail delivery vehicles by the early 1970s.

Emerick recalled using a different type of Jeep, a “Fleetvan,” which had a fold-up seat so carriers could drive it while standing.

“It was very slender,” Emerick said. “It was a stand-up vehicle, where it really just had a lean bar on it, no seat.”

Jeeps continued as the primary delivery vehicle until 1987, when the current long-life vehicles, known as LLVs, joined the fleet.

“In my opinion, this vehicle has been the best of all of them, as far as delivering mail,” Emerick said.

During the decades since their introduction, the LLVs have been supplemented by minivans and then Ram ProMaster 2500 cargo vans, which are used for mail collection, package delivery and relay drop-offs.

The Postal Service is currently in the process of a 10-year effort to replace the LLVs with a next-generation delivery vehicle, called NGDVs.

The first NGDVs are expected to join the fleet in 2023.

This is the third of four articles spotlighting “Fifty Years of Service to the Nation: Highlights From the USPS 50th Anniversary Oral History Project.